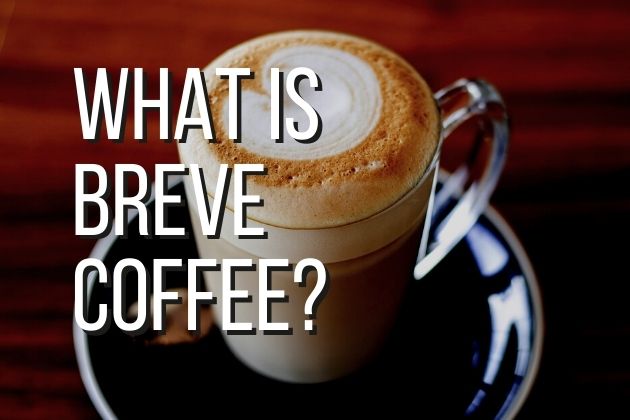 If a decadent, creamy coffee is what you crave. Check out How to make Breve Coffee! This espresso drink is strong and intense, blended with thick half-and-half milk cream, which carries a creamy texture and feels.

It’s an absolute delight for a treat at home, and well worth purchasing at your neighborhood coffee shop. Additionally, it’s simple to make homemade Breve Coffee using your preferred brewing and frothing techniques.

Learn more about the Breve coffee recipe and make this beverage at home!

May Also Like: Boba Latte – Quick And Tasty Recipe

What is Breve Coffee?

Breve means “Brief” or “Short” in Italian and also refers to how Breve coffee is made and brewed. They use this term because the drink tastes best when enjoyed in small shots. Breve Coffee is generally an espresso beverage with steamed half-and-half along with frothed foam up top.

A Breve Coffee or Caffè Breve is a specialty espresso drink popular in Italy and North America. If you ask for a breve, most coffee places will give you a latte made with half-and-half without foam. The proportions are the same as a latte, with much more half-and-half than milk frothing.

Half-and-half is basically heated milk with a higher fat content, which makes Breve Coffee thicker and creamier than Latte.

A breve has a flavorful footprint that is similar to a typical latte drink but is considerably thicker and richer. The type of dairy cream used determines how much sweeter it will taste. 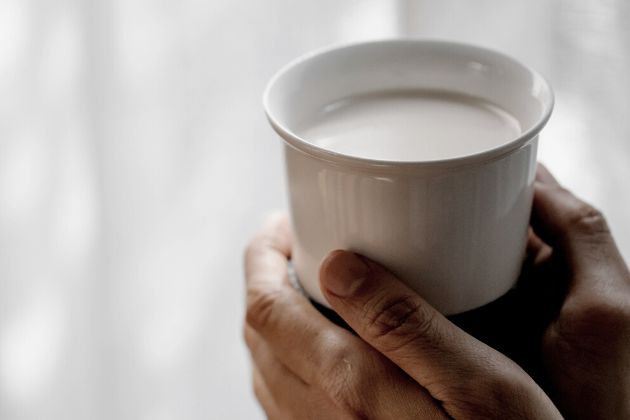 However, the café breve has a considerably smoother texture and taste because it contains both cream and milk. It gives a dessert-like vibe and is generally considered more delicious and typically sweeter owing to its creamy ingredients.

Difference Between A Latte And A Breve?

The main differentiation between a breve and a latte is indeed the quantity of milk used. The café breve can be considered a latte that is made without whole milk and uses half-and-half instead.

Again, practically every espresso beverage can be elevated in taste with the term “breve.” However, when taken in context, it typically refers to a beverage containing a couple of espresso shots, eight to fifteen oz. of half-and-half, with a layer of froth up top.

How to Make Breve Coffee?

Steamed half-and-half and freshly brewed espresso are the two must-have components of breve coffee. Because steaming half-and-half milk naturally tastes sweeter than steamed milk, the drink is typically served without any added sweetener.

How To Make A Homemade Breve

Voila! here is your frothy, slightly milky homemade Breve Coffee that is ready to get served.

When most people try to describe a breve coffee, they come up with words that include “frothy,” and even “creamy.” The reason for this is that frothed half-and-half is filled with air bubbles that rise to the top and provides a thick consistency unique to this drink.

Don’t take our words and try it out yourself. Additionally, do tell us in the comments what you like or don’t like about Breve Coffee. 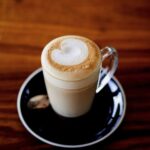 Access our 25 delicious espresso recipes for FREE that include homemade recipes for lattes, cappuccinos, affogatos, and frappes. (Limited Time Offer)

Tim is the author and webmaster of this blog. He is a coffee aficionado who has always strived to succeed by simplifying the many facets of the coffee business into engaging and informative writing. In addition to helping readers discover their next brew, he intends to educate them about espresso and coffee.

Home » Recipes » What is a Breve Coffee (Definition, Recipe, And Meaning)
a

This website is a participant in the Amazon Services LLC Associates Program, a kind of affiliate marketing provider that gives the website a way to make money by promoting and referring items from Amazon.com. We also work with other brands offering affiliation programs (READ MORE).

Access our 25 delicious espresso recipes for FREE that include homemade recipes for lattes, cappuccinos, affogatos, and frappes. (Limited Time Offer)